Well, I learned a lesson in fact checking and not assuming the other night.

I had listed these jewelry items I made as celtic knots

I have had them both listed for a couple of years, never thought twice about it.

We were watching a tv show about cars …. Lord of the Car Hoards,

They did a vintage van and put a symbol on it that looks just like my Celtic knots, but it turns out, that is not what it is at all, it is a Buddist Eternal Thread of Life

here is a shot from the tv of the van from the show , great show by the way, love it, I am a car girl and it is a neat concept for a show so if you love cars, be sure and check it out  !! 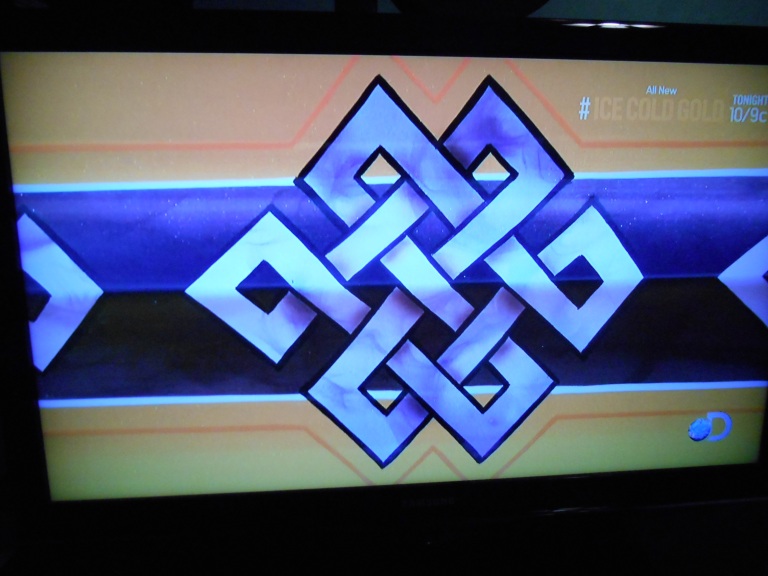 So, all this time, I thought that was a celtic knot, but celtic knots are quite differant actually, here is some free clip art I found to show the difference. 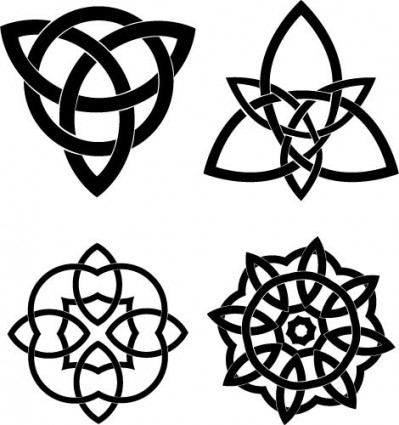 there is actually a huge range of Celtic knots and some are similar to the Buddist Thread of Life, but the charms I have are very definately not Celtic knots !!!

So, a lesson learned. We all learned why not to assume, and I did exactly that and in my ingnorace did a misjustice to a religious symbol.

Now I have to rethink these pieces as I used green as the color to go with the celtic theme, the bracelet will get new charms and a new name and the earrings can just be renamed as I offer then in any color.

so, lesson learned, even when you think you know, you might not know !!!

Now, in honor of spring getting started here in North Texas , here are some shots from our back yard, just the start of something pretty, but I am thrilled !!!!

some buds on our still small, but four year old, well, four years in our yard , Oklahoma red bud, we bought it very tiny and it has grown so much, but is still a small tree !!! 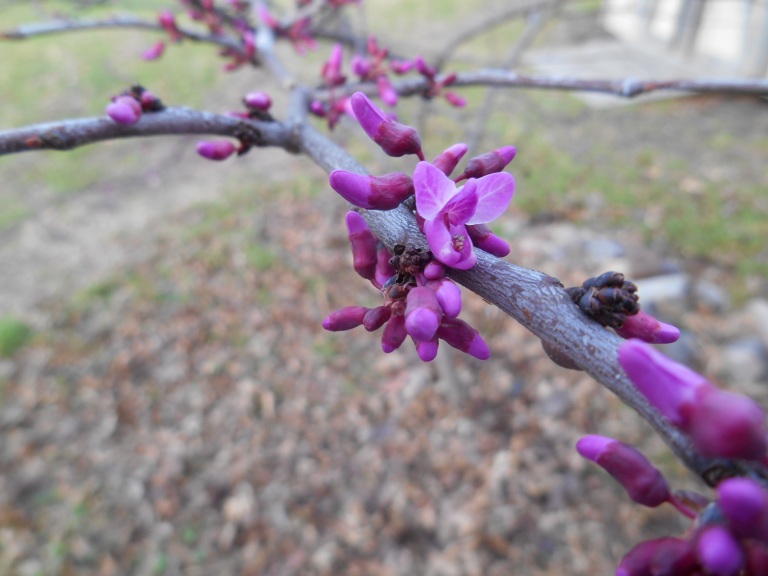 I hope everyone is having a great weekend, we are still unpacking and working on the house, but it has been a productive weekend and our last day of my hubby being on vacation, although it is his normal  day off. Tomorrow back to normal life , w hile still setting up the house !!! It is a lot of work, but so worth it !!!

Thanks for stopping by !!